Since grandfather clocks were first being made and introduced in the mid 1600s, there were perhaps a good 200 plus years where makers of grandfather clocks were highly decentralized, originally from Merry Old England and other parts of what are now the united Kingdom, and gradually spreading to other parts of Western Europe, and then Eastern Europe, with Germany and its Black Forest, France, Austria being among the major centers of origin of what are known today as grandfather clocks. As with makers of antique pocket watches over this time period, the makers of the movements were frequently different from the makers of the cases. A look at the Swiss pocket watch history over time shows this same truth and experience, with one clear reason being that it takes a different skill set to make a fine movement than it does to craft a silver or gold pocket watch case or carved wooden grandfather clock case.

As the grandfather clock, as well as wall clocks and mantel clocks and even pocket watch markets matured in the 1800s, these trends continued, and even some 250 years later, such esteemed retailers as Tiffany & Company in the USA and Europe, as well as J E Caldwell in Philadelphia, and countless European-based retailers, would frequently contract for small lots of grandfather clocks, pocket watches, wall clocks and mantel clocks, and other timepieces, where at the end of the day the retailer would put their name on the dials, and sometimes the movements (other times they asked the movement makers not to sign the movements with their own names so it appeared the retailers were more fully integrated manufacturers).

In the earliest years of grandfather clocks, or longcase or tallcase clocks as they were then known, after they started to be made in larger numbers, it was only the most wealthy families that could afford them, which in itself is not too surprising. The makers of the grandfather clocks knew their target market at that time, and recognized that the buyers of grandfather clocks also frequently had servants and other house-workers including maids and butlers. So these same makers came up with models that were less expensive, and with movements that instead of lasting 8 days with each wind, which was the norm for the finest grandfather clocks, these clocks would last for 30 hours only between windings. As the servants time was deemed by the buyers of clocks to be less valuable, this both allowed the wealthier individuals the status of having a grandfather clock that was a cut above those of their servants, and yet their helpers had the advantage, or perhaps burden depending upon how one looks at it, of keeping to actual timed schedules and routines. A major leap forward in organization and management, which would be as useful for businesses at that time as for fully staffed homes.

Not too surprisingly, given that grandfather clocks were introduced and made before the industrial revolution, production and manufacturing of both clock movements and cases was highly decentralized, both within and across markets. It also was more of a craft and an art form compared to many other forms of innovation, so there were many many thousands of makers across Western Europe, Eastern Europe and North America.

Switzerland, while never quite the center for clocks that it was for pocket watches and became for wristwatches, by itself had tens of thousands of amazingly talented watchsmiths and clocksmiths, and they tended to be clustered by and within families, and over time collaboration between families of watchmakers. As with clocks, watches movements tended to be made by one group, with the cases sourced to specification by the watchmakers.

When looking at the quality and workmanship of yesteryear, frequently the best place to see it is to look at antique pocket watches. The author of this post has opened pocket watches that are 100 years old, 200 years old, and 300 years old, and unbelievably, they not only may start running immediately (perhaps required a cleaning or oiling, especially to be accurate timekeepers, but frequently not), but they look as if they could have been made yesterday, and in addition, that they may have another 100 or 200 or 300 years of life left in them. Opening an antique pocket watch gives one the feeling, sometimes, of opening a time capsule. This is also true if one looks at the more standardized timepieces made in America by say, the Waltham Watch Company or Elgin Watches. If one wants an example of how American manufacturing can be so consistently incredible and built to last, one needs to look no farther than a sampling of the many timepieces made by these American companies.

In an era where Made in America may be getting a second (or 1000th) look, a look back at these masterpieces of quality, workmanship and reliability would be great aspirational examples of the quality we Americans have been able to provide the world over, and built to last and at affordable prices and with continuing innovation. 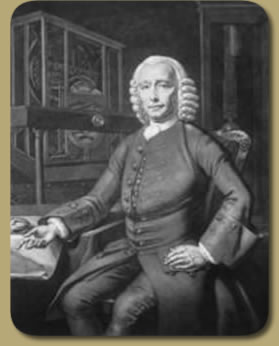 John Harrison was one of the most influential horologists ever, whose work in England in the 1700s contributed not only greatly to grandfather clocks and pocket watches, but also to linking not only the telling of time for ships on the water, but also how it related and might link to not only navigation on the high seas but also planetary movements. He also invented some incredibly cool clocks, including one known as The Grasshopper Clock.