Exactly 134 Years Ago Today, on November 18 1883, all North American Railroads adopted to a consistent set of timing standards across 4 time zones in what became known as Standard Railway Time. Before then, there more more than 300 time zones which varied by cities and states across the USA. After Standard Railway Time was introduced, individual cities and states in the USA reasonably quickly passed local laws which led to time really first being systematized and standardized across the USA. Canada followed suit soon thereafter as well.

We thank Politico for highlighting the anniversary of this great bit of Clocks History, and explaining it so well, which can be seen in the link bearing their name.

Putting this clocks history in perspective, Politico pointed out that while the Railroads may have led the way, they were hardly the only constituency supporting and advocating this clock standardization efforts, or recognizing the potential in many aspects of life by aligning not only the time zones, but also having all the train station clocks, grandfather clocks, wall clocks mantle clocks, not to mention the railway pocket watches used by conductors and those maintaining the railroads. Railroad schedules even then became able to be much more consistent across the newly standardized different geographic time zones.

As Politico noted: "The impetus for adopting standardized time, however, did not solely originate with the railroads. Seeking to get valid simultaneous observations from scattered locations, government officials, astronomers and geophysicists had long advocated for such a standardization measure. In 1875, Cleveland Abbe (1836-1916), the first director of the U.S. Weather Bureau, lobbied the American Meteorological Society to use its influence on spur action."

As the Country became more and more of an industrialized nation, the USA railroads were a key driver to linking people and business and supply chains whether shipping food supplies, lumber, energy or fuel supplies, building material, household supplies and so much more.

It wasn't until 1918 in the US, during World War I, that daylight saving time was simultaneous introduced with passage of the enacted Standard Time Act. We have written other posts on the history of daylight savings time (dst), and noted that Germany, also but earlier in WWI and to conserve coal, was the first country to enact a standard time with a daylight savings time component. It was Benjamin Franklin who first publicly wrote about the idea of implementing an approach like David Savings Time is the late 1700s with the goal of saving precious candle wax as well as the associated cost to individuals and the nation. In relatively more modern times, the Daylight Savings Time idea was first introduced to England in 1907 in an essay by William Willett introducing the concept of "British Summer Time", also known as Daylight Saving Time, National Geographic reported. Like Benjamin Franklin's idea of saving candle wax having peoples' waking hours more in sync with a rising sun and daylight in general, William Willett's was focused on adding more morning hours during daylight.

For something like 300 years, people and institutions in society had relied on mechanical clocks and pocket watches to tell time and live their lives daily. Tower clocks and street clocks, sometimes referred to as public clocks, were relied upon by many as their source for time. Pocket watches and grandfather clocks were, and still are today with companies like Howard Miller Clocks, Ridgeway Clocks, Hermle Clocks and more, prized possessions which were necessary to best keep in touch and aligned through different parts of society. It is amazing to think that even back in the late 1800s, particularly in England, it was a job and service used by many to have someone come and bang on their windows, sometimes 2-3 flights up, to be awakened.

The appeal of a Rooster crowing, when thought about in this context, makes a lot more sense.

Some grandfather clock companies, like Ridgeway Clock which was formed over 100 years ago, trademarked the term "heartbeat of the Home" for their grandfather clocks. Today, many timepieces including both new and antique grandfather clocks, are cherished by many as old family heirlooms or new ones to be passed on to future generations. While the timekeeping appeal that used to be so critical is past centuries is no longer the driving factor in the purchase of mechanical grandfather clocks or wall clocks or mantel clocks, the addition to the decor and the nod to consistency between generations, and carrying on in future generations, plays as an important part as does the interior design and adding a wonderful family heirloom as cherished for it's furniture component as for its history of timekeeping with the eponymous, for example, Westminster grandfather clock chimes to which so many of us have become accustomed, and take such great comfort in hearing in our homes and other places. 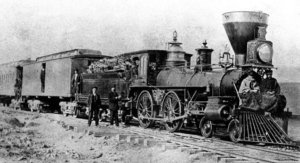